Yesterday, I got to do one of my favorite things in the whole world– I got to introduce awesome people to awesome people! Since Jess and Nicole and I had so much fun on Tuesday, we decided that a trip to West was exactly what we needed. We loaded up the Littles and hit the open road for Kolacheville so the JNJ Line could feast on some delicious Czech baked goodness.

Before April of 2013, most non-Texans had never heard of West, the little Czech town off of I35 between Dallas and Austin. The 2013 explosion at the West Fertilizer Company put West on the national radar, but those of us Texans who’ve been up or down the I35 corridor more than once know all about it. (I’d even stopped in West in the early 90s on drives between San Antonio and Denton for kolache and to look for vintage cameras at the local antique shops.) Unfortunately, most don’t venture very far off the highway, but if you’re willing to drive less than a mile out of your way, you’ll have a foodie experience like no other. Mark and I knew there were three kolache bakeries in West, and we were determined to try all three so we could give one of them the Crazy Train seal of approval. We have tried them all, and YES–there IS a clear winner.

The town can trace its history back to the 1840s, but it wasn’t until the 1880s when the Missouri Kansas Texas Railroad (also known as “the Katy”) came through that West started to flourish. It was in this boom that the first Czech immigrants arrived in Central Texas. By the turn of the century, Czech businesses were everywhere in West, and the town became the center of commerce in the area.

But it wasn’t until 1952 when the brilliant pharmacist from the Old Corner Drugstore and his equally brilliant Czech wife caught lightening in a bottle. Before the Montgomerys opened the Village Bakery, you had to have Czech friends to get your hands on a kolache. Other than home kitchens, the only places you could find them were at church bazaars or Czech family gatherings. They just weren’t commercially available. Knowing they had a great idea, the couple opened a bakery and used family recipes to share their amazing pastries with the public. But (Mark loves it when the pharmacist is the hero of the story!) it was the PHARMACIST who first thought of putting sausage into that delicious sweet dough. Kolache (koh-la-chee) has fruit, klobasniki has sausage–and thanks to a PHARMACIST, this deliciousness is available in nearly every donut joint in Texas. But make no mistake– nothing, and I mean NOTHING– compares to the original. 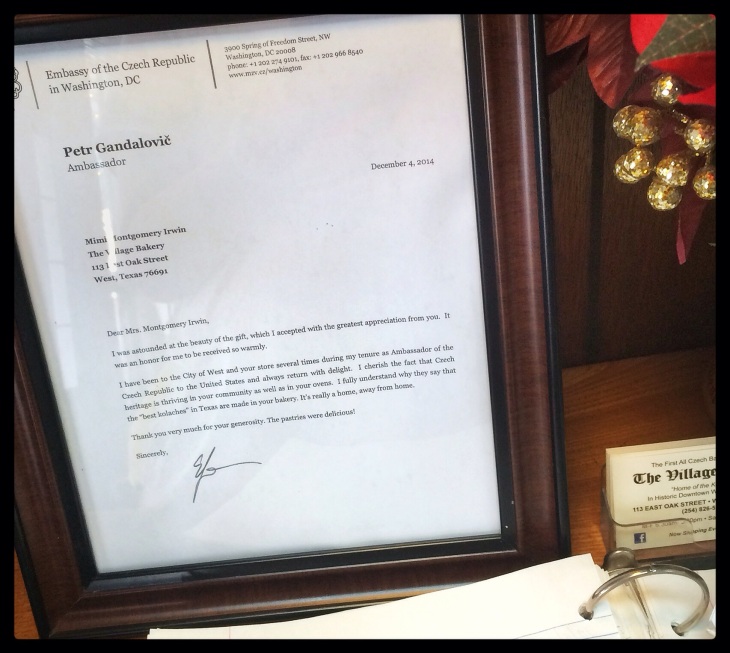 It was on a regular Crazy Train roadtrip that we met Mimi Montgomery Irwin, the brilliant pharmacist’s daughter and current owner of the Village Bakery. After five minutes with Mimi, I felt like I’d met my long lost sister. She is so amazing. We spent hours in the Village Bakery, and we could’ve spent several more if the kids hadn’t been feasting on sugar and bursting at the seams to burn off some of that energy. For months I’d told Jess and Nicole about Mimi, and I couldn’t wait to take them to the Bakery. The Littles were ready for cookies and kolaches, and, well, so were we. The Village Bakery is 90 minutes from my house– a short drive for something, and someone, so awesome. (And for anyone who knows about my obsession with poppy seeds, it’s Mimi’s poppy seed buchta that will allow me to check “test positive for opium on a drug test without ever actually taking opium” off my bucket list! Her poppy seed buchta is simply the yummiest pastry on the planet.) 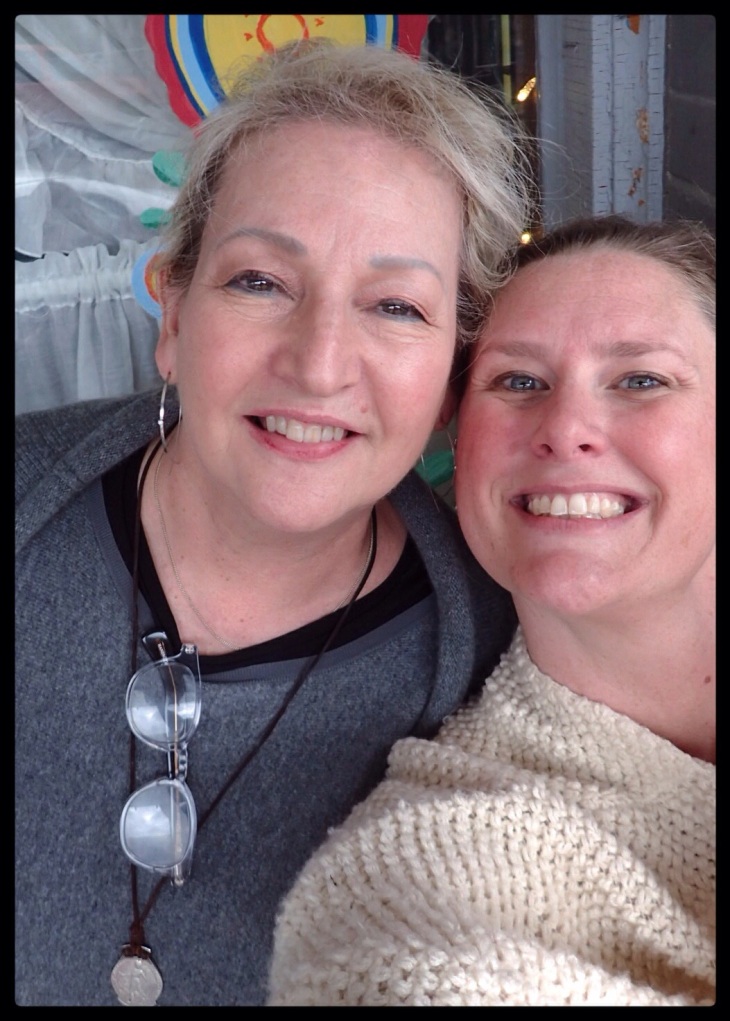 One bite of the Village Bakery’s kolache, and Jess and Nicole knew that from that point on, donut shop kolache would be forever ruined. The Littles had a blast playing “ring around the rosie” eating cookies and kolache, drinking milk, and giggling and laughing. (And we even put them to work for a few minutes too!) The JNJ Line roared in like a freight train and had the BEST time with Mimi and her staff. We ate kolache and klobasniki and buchta and drank coffee and chatted. After several hours, we had to return to reality and say our goodbyes. It’s never fun to end a visit, and, once again, I felt a twinge of sadness leaving my long lost sister. BUT, I know, without a doubt, that the Crazy Train, and the JNJ Line will be back again…. sooner rather than later! It took us more than one trip to shuttle our delicious Czech haul out to the SSPhelps. Kolache, cinnamon rolls, pecan rolls, buchta, cookies, twists, pastries, and more made the trek back down I35. I have a feeling it won’t last very long! I brought home a sausage, cheese and jalepeño buchta that is simply indescribable it was so good. (Post Script: Said buchta is already history. The P5 devoured it in 2 sittings. It’s great for dinner AND for breakfast!)

…and my little ladies man got to sneak in a few kisses before we left. Before he went to bed last night, he said, “Mamma, I kissed Mimi! And hugged her too! I wanna go back!”