Fact is often WAY more entertaining than fiction, and the Crazy Train LOVES a great story. This is one of our favorites! 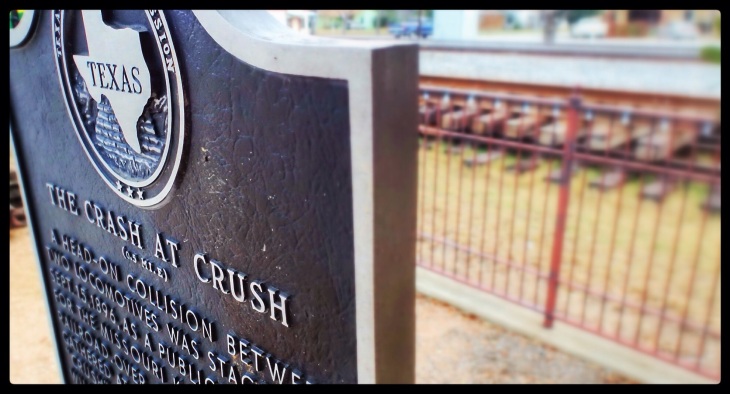 Besides kolaches and the tragic events of April 2013, West is–or was–famous for a much different reason. In 1896, a tract of land just south of the town was transformed into a temporary town called Crush, and for one day only, it would be the site of one of the most spectacular publicity stunts in American history. 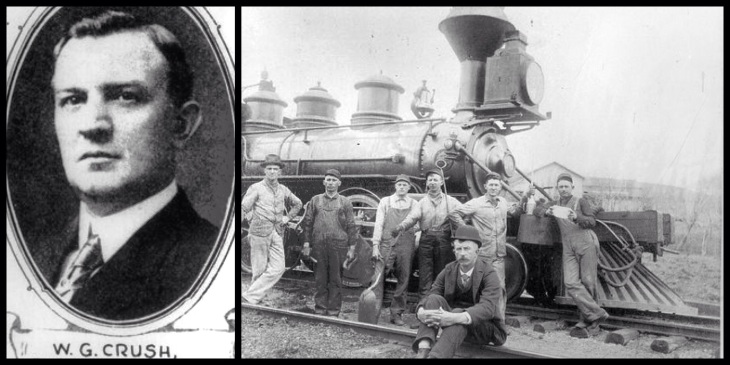 William George Crush was a passenger agent for the Katy Railroad. Two 20-year old Baldwin locomotive engines with diamond stacks, the No 999 and No 1001, were being decommissioned. Rather than send them off to scrap, Crush proposed that the company stage a train wreck as a publicity event. Train wrecks were big news, and people often flocked to see the aftermath. The “Monster Crash,” as it was called, would be unlike anything anyone had ever seen. The locomotives, each pulling seven boxcars (covered in advertising), would race towards each other, and then collide magnificently in front of an audience. There would be no admission charge to the event, but round-trip train fare would be $2 (approximately $55 today) from anywhere in Texas. 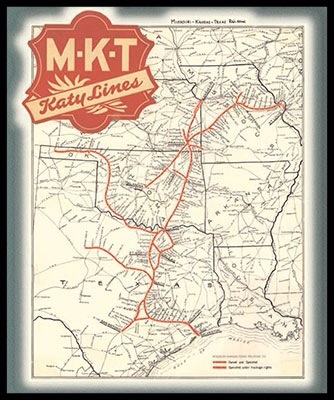 Throughout the year preceding the event, flyers and bulletins were distributed all over Texas promoting the Crash at Crush. The Old 999 was painted bright green, the Old 1001 was painted a brilliant red, and the two engines were sent around the state on a publicity tour. Thousands of curious Texans turned out to see them. Newspapers ran reports on the preparations, piquing the interest of tens of thousands more.

Crush and the Katy execs expected a crowd of around 20,000. But they had no idea how grossly they had underestimated interest in the Monster Crash. The first of 33 fully loaded excursion trains arrived at the temporary station at Crush at daybreak on September 15. Demand for transportation to Crush was so great that some passengers rode on top of the train cars because there was no room inside the train. By 3:00pm, there were already more than 40,000 people on the grounds. Some estimated that the crowd was closer to 50,000.

The town of Crush was pretty impressive. A special grandstand had been erected for VIP seating. There were also three stages for speakers, two telegraph offices, a special viewing area for the media, and a bandstand. A large tent on loan from Ringling Brothers housed a massive restaurant, a carnival midway was set up with dozens of game booths, lemonade stands, medicine shows, and more. This was an event so epic that the promoters were confident it would make history.

At 5:00pm, Crush, Texas was the second largest city in Texas. Old No 999 and Old No 1001 squared off. George Crush, mastermind of the Monster Crash trotted to the center of the track on a white horse, raised his white hat, and after a brief pause, whipped it to the ground, signaling the engines to start. The engines lurched forward as the began their path towards each other, their engineers prepared to jump at a pre-determined point.

The crowd cheered as they pressed forward in anticipation, jockeying to get a better view of the track. The engines’ whistles shrieked, the track rumbled, and the engines roared. As the crowd of 40,000+ spectators, media, showmen, VIPs, Railroad executives, laborers, and more cheered, the Old 999 and the Old 1001 lifted off the track as the red and green engines thunderously and grindingly collided in a blast of steam of smoke. Railroad mechanics and experts expected the engines to rise in a “V” at impact, and for the cars to fall to the sides of the track. Unfortunately, their predictions were grossly incorrect. Instead, the engines telescoped, and their boilers simultaneously exploded, sending scalding hot steam, shrapnel, bolts, twisted metal, and burning fragments of train and track flying hundreds of yards into the panicking crowd.

As the dust began to settle, three people had been killed and six others were seriously injured by flying debris. The Missouri Kansas Texas Railroad came in to remove the wreckage, and dismantle the grandstand and other temporary structures. Souvenir hunters carried off the rest. Spectators went home, the tents were struck, the carnival midway packed up, and by nightfall, the town of Crush was wiped from the map after it’s single, legendary day.

The Katy settled all damage claims brought against it with lifetime rail passes and big fat settlement checks. George Crush was immediately fired with a wink, but was rehired as soon as the press had moved on to other topics. Crush was even rumored to have received a bonus, and worked for the Katy until his retirement many years later. And the town of Crush has gone down in history as one of the most amazing stories in Texas history.