The Adventures of the Crazy Train typically follows the adventures of all five of us, and it’s usually confined to the borders of the Lone Star State. But, as today is New Year’s Eve, I felt like shaking things up. In honor of the Ball Drop in Times Square tonight, I’m sharing a story from the annals of Crazy Train History. From before there was a Crazy Train. From when there were just two newlyweds on their first adventure.

Yep. I’m going to tell you a little ditty about our honeymoon! I know, right? Y’all are SO LUCKY!

Actually, it’s not about our ENTIRE honeymoon because, well, y’all just don’t have THAT much free time. And honestly, I don’t think we are quite that interesting. It’s about one day of our honeymoon. A beautiful spring day in May 2002 that in no way, shape, or form, resembles today at all. But, I digress.

No, it’s not a sexy story about a secluded romantic island beach with the two of us surrounded by scantily-clad natives fanning us with palm fronds and feeding us exotic fruit between trysts of naked frolicking in the frothy surf of our own private beach. No. Anyone who knows us knows that nothing about that is even remotely believable. No. This is a story about how we took a romantic two-week rainbow Trafalgar bus tour around the UK with 30 strangers, visiting a different city almost every day.

I think this was the first—and the last—time we ever took a tour where we couldn’t call the shots. We went where they told us and when they told us, BUT, we did this for three reasons: Tennents Velvet, Kilkenny, and Guinness. The good stuff from the Mother Ship. The creamy, frothy, deliciousness from the British Isles in unlimited quantities was the driving force behind our decision to hop aboard the Rainbow Bus and follow the Trafalgar itinerary. No drinking and driving on the wrong side of the road for us! We would drink and ride! 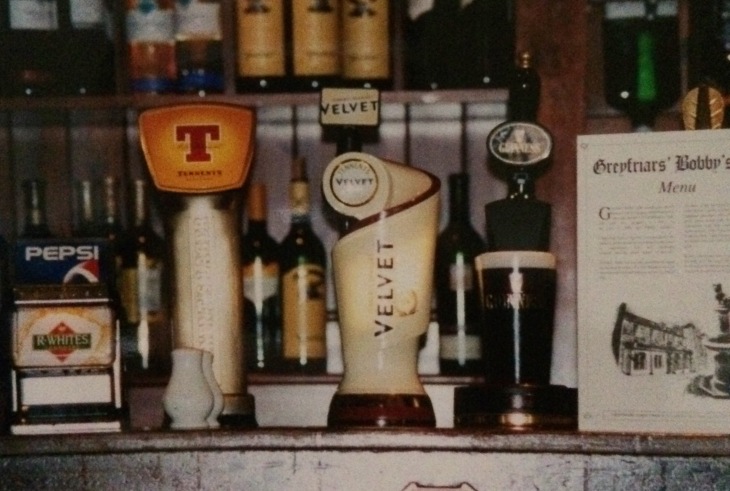 About halfway through our trip, the Rainbow Bus pulled into the Irish city of Tully in County Kildare for a visit to the Comhlacht Groi Naisiunta na hElreann Teo. Or, in English, The Irish National Stud. A horse farm. A big horse farm. If you want to get down to brass tacks, it’s kind of an equine-whorehouse where rich people with really expensive pedigreed horses take them in order to impregnate them by other really expensive pedigreed horses so they can make really expensive super-pedigreed baby uberhorses for racing or status— or just so they can have extra super mega expensive horses.

We knew “The Stud,” as it’s called, was on the itinerary for the morning, but it was the afternoon we were looking forward to. See, I like horses as much as the next girl, but touring a horse farm and hearing about horse breeding is only fun for so long. Tales of “Tommy the Teaser” were stimulating, of course, but it was the afternoon in Waterford that we were excited about.

Yep, Waterford. As in Waterford Crystal. We wanted to see the Waterford Factory and watch the artisans create the sparkly masterpieces. And to SHOP in the FACTORY STORE! Ahhhhh….. Nothing gets me all giddy like Waterford Crystal at factory prices. Especially on a weak Euro day. And with free international shipping on purchases over €200? WOO-HOO! I can spend €200 on Waterford in my sleep—especially back in the days of two incomes and no kids.

So, I’m sure you’re wondering what this has to do with New Years Eve. Well, if you’ve ever paid attention to anything besides the musical acts and mindless banter by the commentators (most of whom I have NO CLUE who they are anymore) you would know that Waterford Crystal has EVERYTHING to do with the Ball Drop. The giant ball in Times Square is covered with 2,688 hand-made lead crystal triangles, imported from Waterford, Ireland. Each year, some are changed out with ones with updated designs. 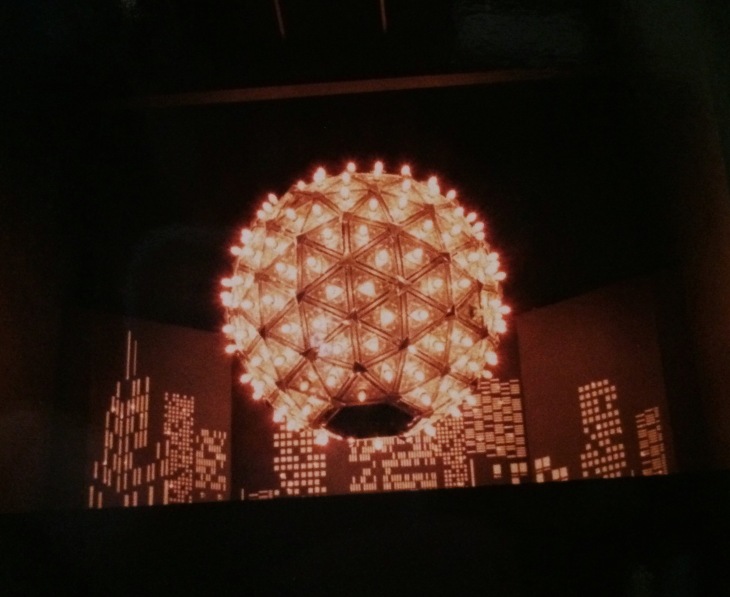 At the Factory, there’s a replica of the Ball, and it’s on display where you can see it up close. It’s amazing. After seeing it, I would LOVE to see the real thing in New York. But up close. I hate crowds, so Times Square on New Year’s Eve is probably the last place on the planet I ever want to be.

Back in 2002, they weren’t selling souvenir crystal triangles. But, over the years, I’ve seen that Waterford has started offering them. I may have to start a collection. Maybe the Crazy Train Christmas Tree could eventually look like the Times Square Ball. If The Hub started buying them on our anniversary, they’d start piling up quickly since he counts our anniversaries in dog years. (Theoretically, that’s SEVEN Waterford Crystal triangles a year!) Anniversaries in dog years? That’s another story for another day.